The Best Architecture in Melbourne is Free!

After much discussion so far about urban design, planning regulations and government policy, I thought it was time to focus in on some specific buildings. In today’s post I would like to share my thoughts on Melbourne’s free Architecture. Put away your wallets, here come five of the best in Melbourne Architecture.

Do you agree? What buildings would be on your top 5?

Have your say in the comments box below. 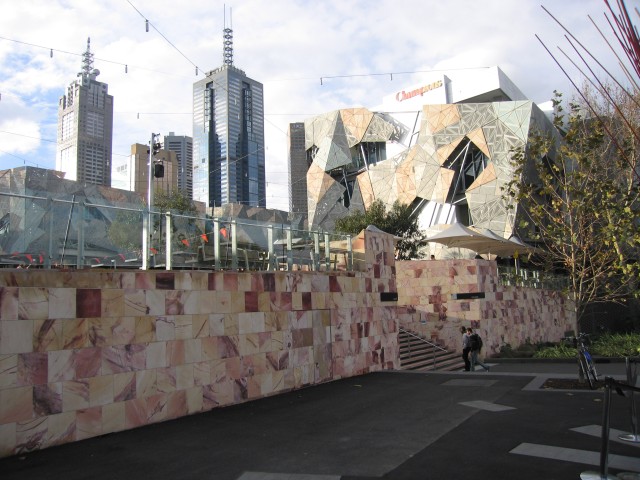 No tour of Melbourne Architecture would be complete without Melbourne’s controversial Federation Square. Designed by Lab Architecture Studio, Fed Square is ten years old this October and has been the subject of much debate in the community since.

Federation Square is a physical interpretation of the best aspects of Australian life, culture and landscape. Indeed the building itself could be read as a metaphor for the complex and multicultural society that is Australia; diverse but strangely unified.

The gently flowing sandstone paving evokes images of outback deserts, whilst the concrete and zinc elements which reflect the urban surrounds.  At Federation square, look for the metaphors, the unexpected smaller enclosed spaces and the vistas framed by the dynamic elements.

There are several common criticisms of Federation Square.  Many commentators don’t like the intense geometry of the façades whilst others believe it will ‘date’.  This second point is an interesting concept which is perhaps worthy of its own post at a later time. After all, many Melbournians adore our stock of 1880’s terrace housing, much of which even has the year it was constructed on show for all. Are these dated too? On the other hand buildings from the 1960’s are often described as having dated.

Another analysis often made is the comparison between Melbourne’s Federation Square and Sydney’s Opera House.

‘Commentators look at these two buildings as if they are the key position players, in each of the rival cities’ architectural line ups.’

At this point it is hard to imagine that Melbourne’s identity will be quite as linked with Fed Square as Sydney’s is with the Opera House. Melbourne, however, has greater firepower in other players such as the Royal Exhibition Building which incidentally was granted UNESCO World Heritage Status in 2004, three years earlier than the Opera House.

Federation square is one of my favorites for the way it feels just as much as they way it looks. If one wanted to understand Melbourne or Australian culture a trip to Federation Square is a must.

Number Two – The Shrine of Remembrance 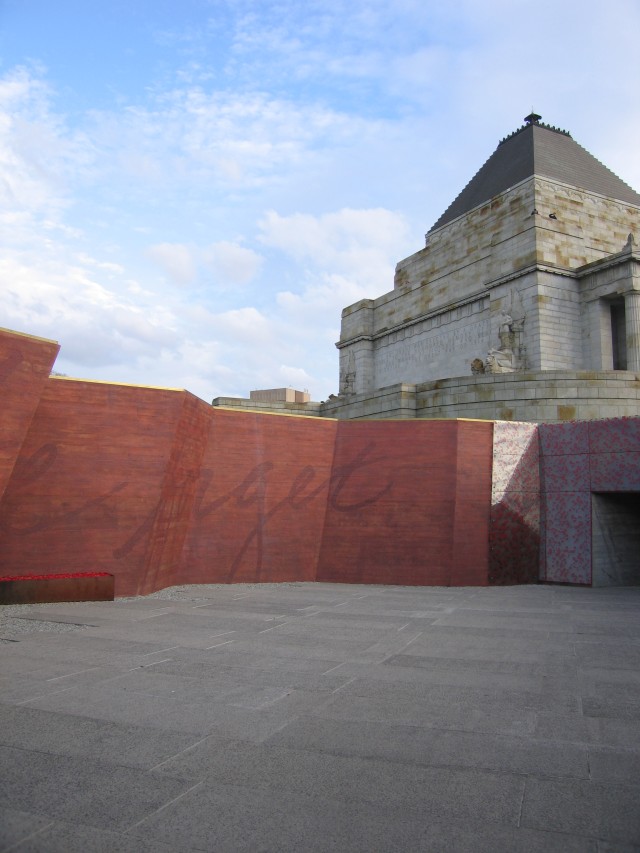 The Shrine is Victoria’s soul manifested in a building. Every Victorian should visit at least once. It was originally designed by two World War 1 veterans as the symbol of our loss, sorrow, gratitude, and respect for generations of Australians in wartime. Like so many of our great buildings, this one forms the backdrop of many of our community’s rituals.

As you approach the Shrine, you will notice its strong use of symmetry and its traditional and formal language. Most important with this building is how you feel in its presence.

In 2002-2003, a visitor centre and gallery of medals was added to the building. This centre is particularly impressive for the way in which it successfully integrates with the historical structure, adding to its spaces for quiet reflection, whilst taking away nothing from the power of the original masterpiece.

Be sure to take the stairs up to the top for an impressive view back down Swanston Street to the city.

No criticisms here, only respect.

For me, this is one of the best examples of contemporary architecture harmonizing with heritage. 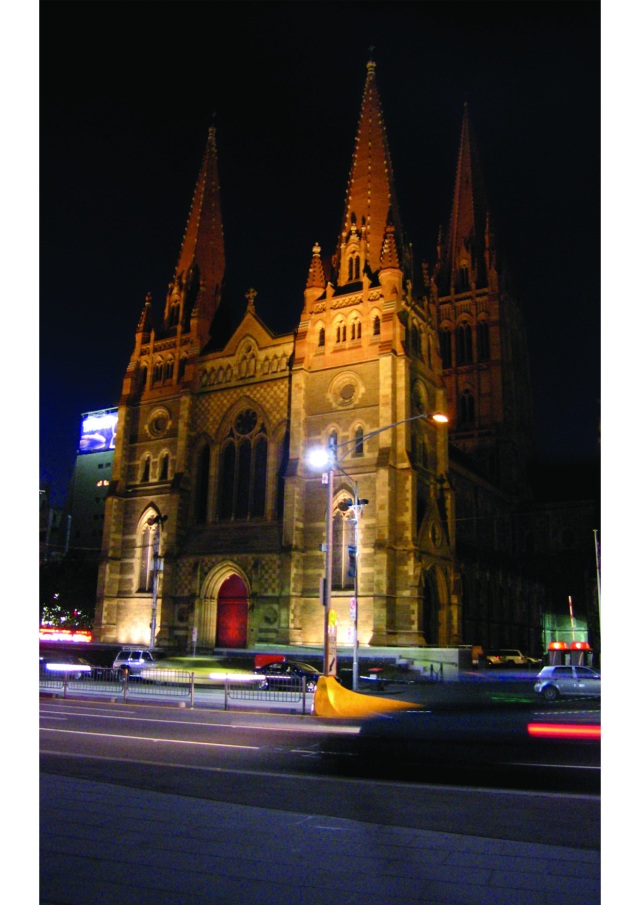 This building made the list because of the presence it exerts on Melbourne’s most iconic street corner. Indeed, views to it were deemed so important that the original Federation Square design became subject to political meddling. St Paul’s was designed by William Butterfield in a Neo Gothic style and construction started in 1880.

Like the Shrine of Remembrance, the architectural language used here is very formal. To get the most out of this building, one needs to go inside and sit down. Mere metres from the hustle and bustle of trams, buskers and the rest of Melbourne, seated in the Cathedral, there is a complete transformation of perspective.

St Paul’s is a fantastic piece of architecture and history. The problem with this building is that stone is rigid but religious ideology can be fluid. There is a very good reason why new churches are not built like this one. Contemporary church design prefers less imposing spaces which tend to be more light and airy. This helps to make new churches feel more like a place of dialogue and engagement rather than of architectural shock and awe.

The design intent here is to create a sense of awe and a central focal point; the altar. By sitting down and experiencing the space in the way originally intended, you can feel the architecture rather than just see it. 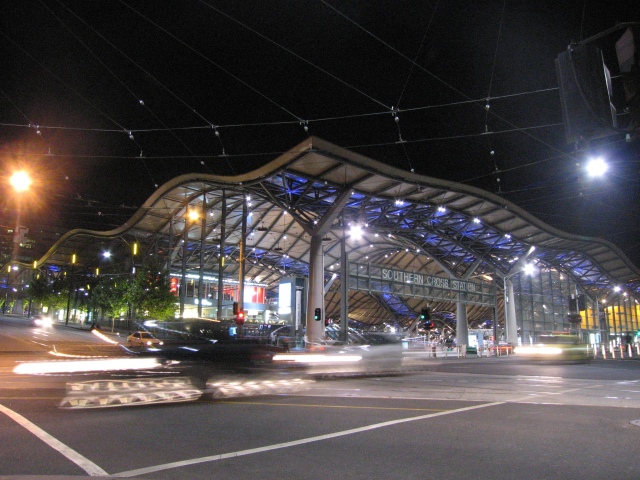 Southern Cross Station is an award winning piece of contemporary architecture which makes a statement just as much about the architecture industry in Melbourne as it does about the construction industry that put the jigsaw puzzle together. What made this puzzle so difficult was the irregular spacing between the rail lines and platforms which required a highly customized design solution. What makes it particularly significant for Melbourne is the fact that it is the primary gateway for interstate and rural train travelers as well as being the city terminal for the airport shuttle bus.

The parabolic forms are specifically designed to capture and vent diesel fumes from trains at their highest points. These forms are supported by undulating steel spines which allow daylight over the platforms. The overall composition is grand and spectacular.

In addition to the geometric roof structure, I particularly enjoy the oversized yellow boxes with their rounded corners which seem to wander around the platforms with cheerful personalities in an otherwise controlled environment.

The main problem with this building comes down to the unfortunate issue that the diesel fumes are not always fully vented. It is unclear if any design of an enclosed space would have been able to fully vent this area.

This building certainly makes an impression for Melbourne as a city. It is part of the ritual of attending events at the Docklands stadium and it is hard to imagine a contemporary Melbourne without it. 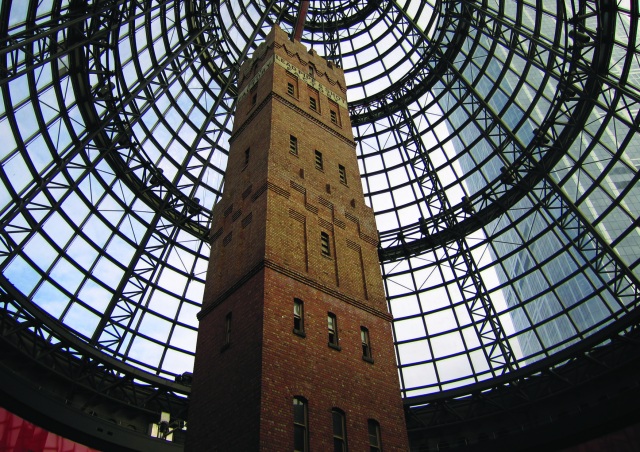 Melbourne Central is on the list for the inspired decision to preserve and incorporate the original 1888 Coop’s Shot Tower. The resulting atrium space under the massive glass cone is both iconic and vibrant.

Look for the intricacy of the brickwork of the shot tower and be sure to take the elevators right to the top to get the full impact of the space.

When the entrance podium was completed on the corner of Swanston Street and Latrobe Streets the timber façade looked to be a stunning choice. Now several years old, this façade is turning a very unattractive black colour.

I personally don’t understand the fascination tourists have with the giant novelty fob watch. Far more attractive to me is the heritage shot tower and the impressive dome. As a final point, consider a factory built today in the industrial belt of Victoria. Some of the time, they can barely be bothered to paint. Compare this to how a completely utilitarian building was also a piece of art.

If you are interested in more free architecture, visit the Victorian Architecture Awards entries, on show at 45 Flinders Lane until 14 July. Stay tuned for a review of the exhibition next week.

6 Responses to The Best Architecture in Melbourne is Free!