Architectural Christmas has rolled around for another year with the National Architecture Conference opening in Melbourne yesterday. This years conference theme is ‘Risk’ which promises to open up some fascinating discussion about all kind of risks associated with the production of architecture, architectural practice and hopefully also the flip side of risk – reward.

The opening day of the conference was packed with a series of fringe events such as walking tours and exhibitions which flowed into the evenings celebratory opening party. The fringe events are often used to showcase the latest and greatest in architecture from the host city. Naturally for Melbourne this also had to involve a morning coffee. The first fringe event aptly entitled Walk, Sip, Eat, Repeat was a billed as a walking tour of selected cafe’s and hospitality hot spots.  In fact this was a major undersell.

The meeting place to start the tour was a Collingwood cafe Middle Lemon Orange in the back streets in Collingwood.  Within 5 minutes of the tour starting we found ourselves on a guided office tour of John Wardle Architects. This two storey office for what looked like 100 or so staff, is a sublime space designed by architects for architects. 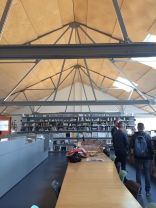 Next stop on the tour was the De Clieu Cafe, a bustling coffee hang out with a contemporary fit out by Six Degrees Architects. The timber finishes, industrial lighting and warm log fire all combined to give a cozy and intimate space, perfect for sharing gossip over coffee. Six Degrees as an architecture practice have an extensive portfolio of high quality hospitality projects throughout Melbourne, contributing significantly to the livability and vibrancy of the city. 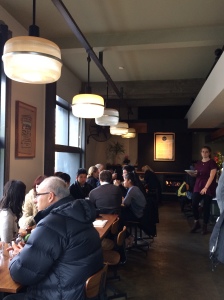 Next up on the tour was the award winning Spring Street Grocer by Architect Kristin Green. As explained by an intensely passionate Green, this project draws heavily upon its context, which is opposite Parliament House and nearby to the Princess Theatre. It is a superbly crafted piece of design work which oozes authenticity and character. The materials used are almost entirely local and relatively cheep but have been given quality craftsmanship to deliver a very high quality outcome. 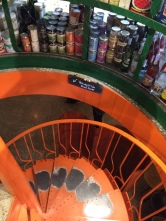 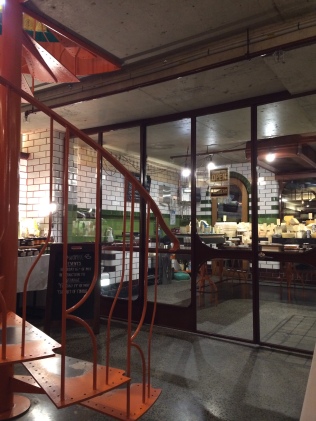 The final step of the tour was the Aesop Collins Street store which was designed by Kerstin Thompson Architects.  There to discuss her work was Kerstin Thompson herself. Thompson is one of the absolute heroes of Melbourne architecture delivering brilliant work primarily in residential but also in commercial and public projects. The Aesop store in Collins Street came across as a meticulously designed and curated space. The style and design thinking behind the space targeting a hypothetical customer of the worldly educated man, was executed with precision. 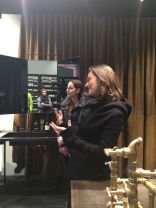 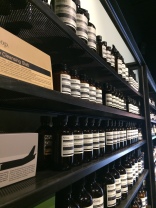 For a mere $10 this tour delivered in spades. 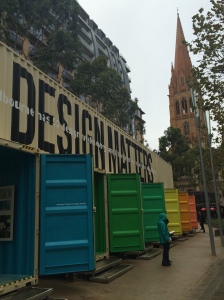 As well as hosting the Australian Institute of Architects National Conference, Melbourne is also celebrating Melbourne International Design Week. All week there will be events such as the pop up design gallery at the City Square. Housed in brightly coloured shipping containers this exhibition features exemplars in architecture, landscape design, graphic design, digital design and product design.

Two years ago Melbourne hosted the AIA conference under the theme Material. As a fringe event the architectural gender equity research team known as Parlour had their engaging full day workshop Transform: Altering the Future of Architecture. Since that time the ARC research project has been concluded and the findings published. However with so much advocacy work still to be done, the Parlour team are looking ahead to the next stage of the project. The first announcement of the evening was that Parlour has become an incorporated entity. This means it can fund-raise  and collect tax deductible donations. Parlour will also be looking to attract major sponsors and has already secured it first big name, The Australian Institute of Architects.

There was also an update on the work of the AIA’s National Gender Equity Committee. This committed team have been looking at numerous initiatives numbering into the hundreds. These initiatives will be across areas of policy, CPD, lifting the public profile of women in architecture and other opportunities. With Parlour and the AIA working closely together and yet maintaining independence, ther is a clear pathway towards excellent progress. 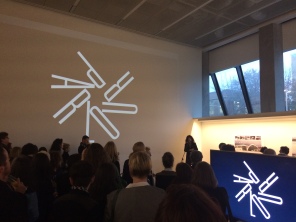 Click here to take a look at the Parlour crowd funding campaign.

Flowing on directly from the Parlour Soirée, the official Risk 2015 opening party began unusually with an opening question and answer session. This session presented a range of viewpoints on some of the bigger questions on risk and architecture. The highlight from this session was Jeremy McCleod from Breathe Architecture talking about the profession.

“Our role as architects is to make a difference in society, not just drawing plans and elevations” 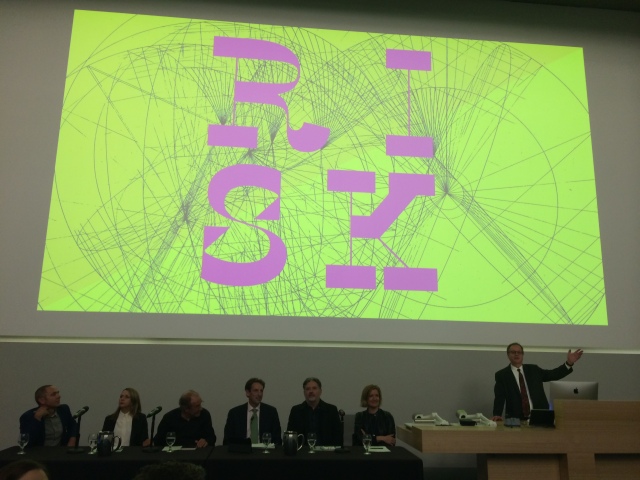 From here the crowd shifted to the dramatic atrium space within the Melbourne School of Design for the party. 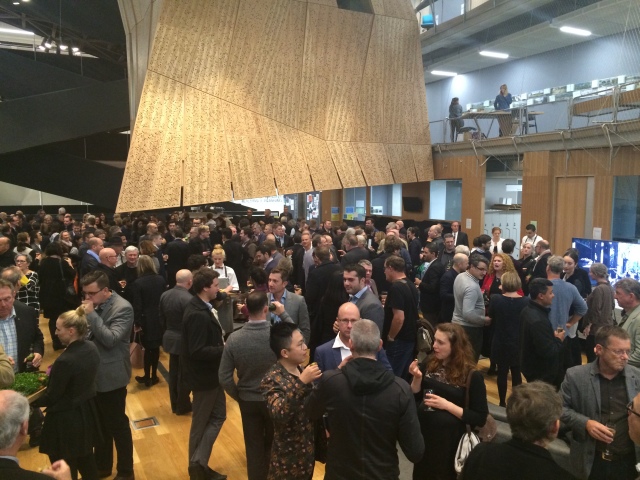 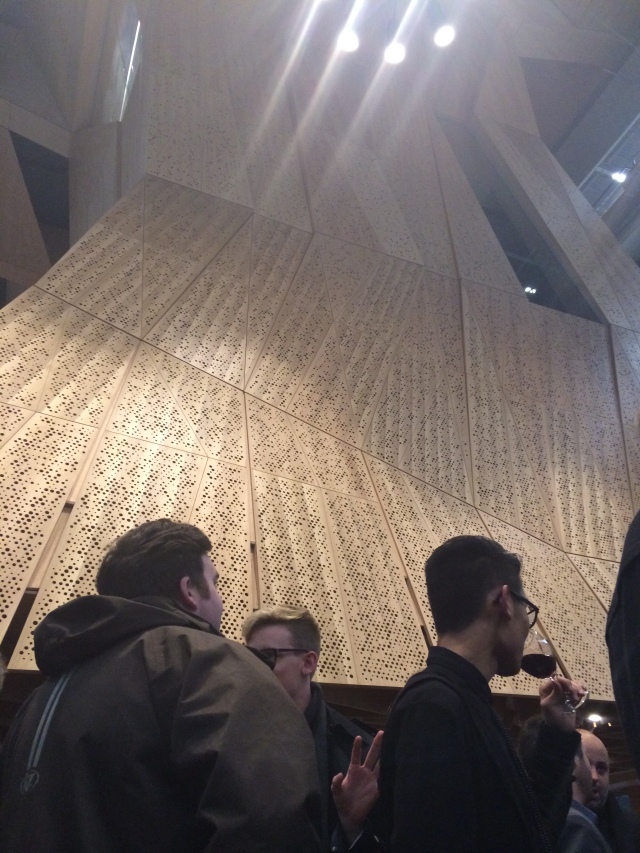 Risk 2015 promises to be a very interesting lens to explore the current state of architecture worldwide.

Check back for daily updates over the duration of the conference.

Architecture is for Everyone.