The opportunities of Melbourne Metro Rail, a discussion with Justin Marden.

With the Victorian Government proceeding with Melbourne Metro Rail Tunnel, further details have begun to emerge as to how the project will be delivered and what the benefits to Melbourne will be. It is perhaps the right moment to consider more carefully what the architecture within this project will need to deliver. To dive into this project from an architectural view point The Red+Black Architect interviewed emerging designer Justin Marden, who has an international background on underground railway architecture

Red + Black Architect – The Melbourne Metro Rail Project will have five new underground stations along the nine kilometre tunnel. This presents the question what should these stations look like?

Justin Marden –  The look and feel are important, however other factors such as ownership, character, materials, staff, funding models, risk, clients and management are also significant.  With metro stations it’s important to consider long and short term goals and connectivity options in a transparent manner.  For example, what the desired land use will be many decades from now, or how fast people can change trains. At Flinders St Station it’s more than 200% faster to change trains than Southern Cross.

Whilst achieving a design quality of international standard is important, we really need to look towards providing our stations with a local character that can differentiate ourselves from the rest of the world (and Australia) through design identity.

We also need to be playing to our strengths by encouraging greater diversity of design. Perhaps Flinders Street Metro Station could be designed, built, managed, named, staffed, and leased recognizably from the Indigenous community.

I’m actually not aware of any recent strategic infrastructure project in Australia that has significantly included an Indigenous influence. The Melbourne Metro Project presents as a significant opportunity to get serious about indigenous inclusion considering the site’s proximity to the river.

Perhaps a couple of the metro stations could be specifically allocated to a design practice that is led by one of our many fantastic women in architecture. As recently pointed out by Eli Giannini of the AIA’s National Gender Equity Committee, women rarely get the opportunity to lead the work on large scale public projects. These Metro Stations could become an example of governments using their purchasing power to facilitate positive cultural change.

As for the ground level entrances to the stations, perhaps the State government should consider an open A3 sized ideas competition. 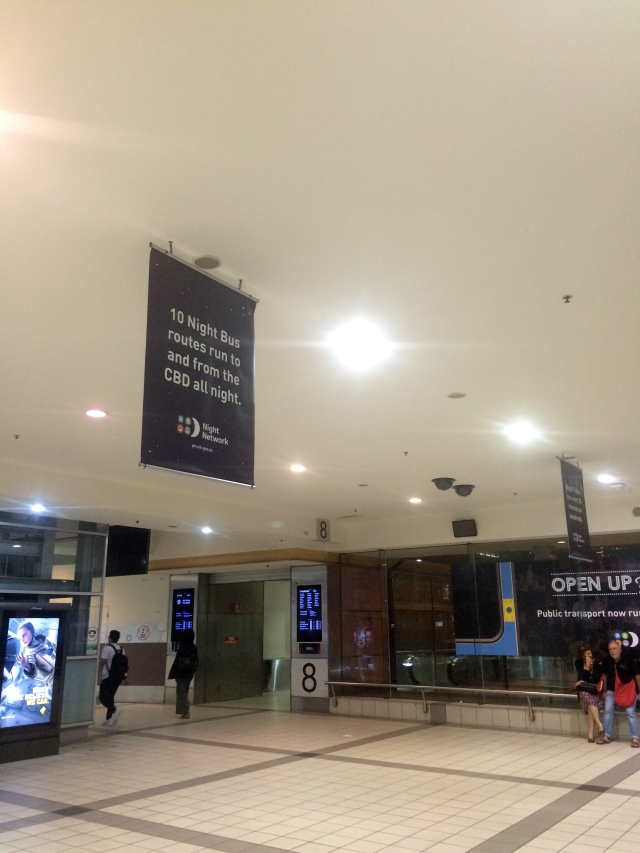 The bland and anonymous Eastern concourse of Flinders Street Station. A lesson in what not to do.

R+BA – It would seem that there are competing interest for each of the new stations to have their own identity, for way finding purposes, but also to be considered part of the ‘set’ of stations in this project. Which of these competing requirements should take priority?

JM- Nominating lines as colours is one key strategy. But the user should also be able to tell the difference of each metro station from inside the train which is difficult with the current Melbourne Loop. Paris and Madrid are very successful in the branding of metro entrance signage. London is also quite developed.

Train station names such as Commonwealth in Singapore only highlight the global influence in grey architecture policy and spaces. So yes these new metro stations need diverse reference points and information presented in a way that local people can understand if we are aiming to get the best result.

R+BA- Perhaps bringing a few of these ideas together it could be possible to have the stations provide a chronological Indigenous story which is told through design. I am thinking of the great work by the Pitcha Makin Fellas that was displayed on the Royal Exhibition Building during White Night 2016. We could have a station which is subtly inspired by the season of butterflies followed by a station inspired by the dry season and so forth. What are your thoughts on that?

JM- I was very impressed by that temporary projection on the world heritage site. Story is important. So yes I do agree with you this may be an opportunity to create something special. Maybe even help people understand this story in a more permanent way.

We should however be very cautious about providing surfaces for audio visual content in our metro stations. There is always a risk with flexible mediums and white/glass surfaces that Stations could be inadvertently transformed into a visual bombardment of advertising. There is always a risk of an architect having no control of something placed on their work to the point it is compromised or designed for that purpose.

Regarding Indigenous design I feel Indigenous Architecture and Design Victoria (IADV) needs more resources. I recently attended Reuben Bergs’ talk at the M-Pavillion and would very much like to see them play a more active forward looking role. The Melbourne Metro project could play a key part in advancing the discussion around Indigenous representation in our built environment.

The City Of Melbourne should support the State government in Melaru which is an innovative freedom lookout for the City Of Melbourne with an Indigenous influence located at the Melbourne visitor centre. It will offer a story and interaction and could even be a metro entrance. I believe this is the best chance for reconciliation and public engagement moving forward. It would demonstrate Indigenous people, culture and design are welcome in the most important part of the city. There is a lot to learn here and many stories to be told.

R+BA – Typically with large engineering led projects it is common for a single large architectural practice to be engaged to provide services across the entirety of the project. Whilst this would no doubt have advantages in project management, do you think it restricts diversity in the architectural outcome?

JM –  There is no doubt one practice may produce less risk but the complexity of co-ordinating Melbourne’s underground is not as far reaching as threading needles in London. So I do believe there should be room to move if a genuine collaboration is chosen.

An Anatomy of Ambition by Bent Flyvbjerg is a worthwhile read which talks about Mega Projects and risk.

R+BA – Are there any particular lessons for this project that we can take from overseas stations?

JM – I have a sense of what commercially will happen between the Grocon CUB site and the space between Melbourne Central. Alameda station in Valencia, Spain by Calatrava which I have visited also does not have the attention to detail as Strogino Station, Moscow which have similar elements. Volokolamskaya station, Moscow  and Strogino demonstrate economic sense in station design given the distance from the central core. Great architecture doesn’t have to cost the earth and architecture should be accessible to everyone.

I do admire Hector Guimard and cast iron entrances in Paris as well as the story of designer Eileen Gray. Glass balustrades break easily. It does take a dedicated team to deliver such projects as Sokol Metro Station in Moscow and the spans of the Pentagon/Metro Centre in Washington.

R+BA – In your view what is the biggest opportunity to be gained through providing high quality architecture at these stations?

JM-  A happier society and people, identity is important. Taking pride in place and feeling a sense of connection and community. I don’t doubt the power of exemplar architecture and design to inspire and motivate people in whatever they want to achieve.

R+BA – Thanks for your time 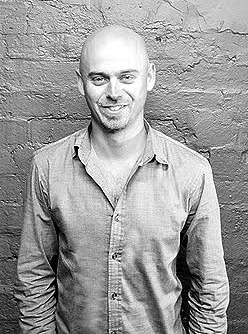 Justin Marden is an emerging designer who has studied architecture. He has an international background in studying transport architecture planning applications. His European metro station design for O’Connell Street in Ireland was published in the European architecture magazine Plan alongside designs by Sir Norman Foster, Frank Gehry and Daniel Libeskind.

Architect and Director of Atelier Red + Black based in Melbourne, Australia
View all posts by Michael Smith →
This entry was posted in all posts, Government Policy, Interviews, Uncategorized and tagged Justin Marden, Melbourne Metro Rail Tunnel. Bookmark the permalink.

1 Response to The opportunities of Melbourne Metro Rail, a discussion with Justin Marden.