Architecture is a reflection of culture. For architects, understanding and responding to culture through design is a critical part to achieving buildings that resonate with people.

Architect and Atelier Red+Black co-director Sonia Sarangi, has been investigating the evolving Indian culture in Melbourne which has now led to a solo photographic exhibition at Magnet Gallery in Melbourne. 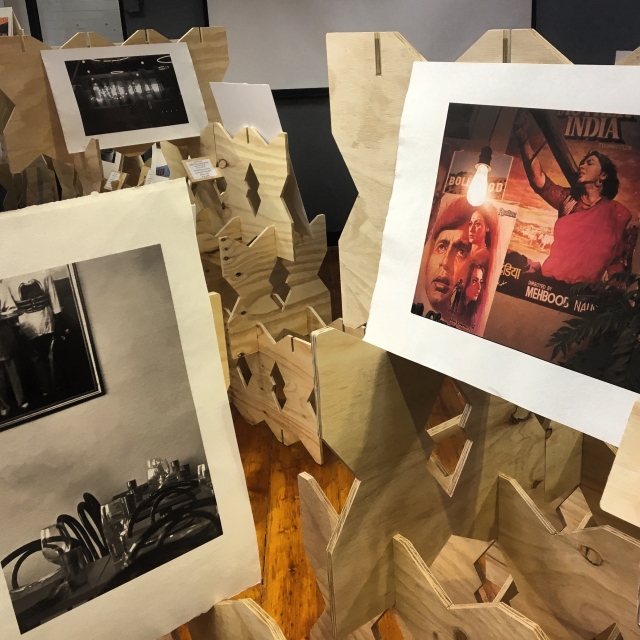 The evolution of Indian culture in Melbourne is still very much a work in progress. Whilst many would be familiar with the butter chicken and Bollywood stereotypes, there is far greater diversity and depth to Indian culture than what is commonly portrayed. For Sonia, exploring how the Indian food scene was adapting and thriving within Melbourne was a window into this evolution.

“People call Melbourne the sports capital of the world, but I also call it the food capital. Melbourne has so many cultures, people here come from every single part of the globe. We have another restaurant in New York, however the Melbourne restaurant is the original. Usually trends come from the United States, however this is the other way around. One thing I can say, with my hand on my heart, is that Melbourne is way ahead of New York when it comes to food.”

“Architects are trained to make unexpected connections and see patterns in daily life. So my interest was piqued by each of these new wave of establishments and I began to see the wider shift they are creating.”

The exhibition installation by Atelier Red+Black references the traditional Jali screens of India which often have triangulated geometry and abstract ornamentation. In India these screens are used to divide and define space. The reinterpretation of these screens for the exhibition uses them to frame the images, taking the artwork of the walls and placing them in the centre of the gallery space.

Desivolution is part of the Mapping Melbourne Festival, which is produced by Multicultural Arts Victoria.

Architecture is for everyone