Reality TV is good for Architecture. This was the enticing premise for the annual Process debate held at the Loop Bar in Melbourne.  Reporting on this entertaining battle of ideas is Atelier Red+Black co-director Sonia Sarangi

Like it or not, it certainly looks like Reality TV is here to stay. Shows like The Block and Reno Rumble have come to dominate dinner table conversations. But can this renewed interest in Home renovation genuinely transform the layperson into a design-savvy consumer that appreciates the benefits of good design and architecture?

Speaking for the motion were:

and against the motion were :

If anyone was under the illusion that this was a friendly event, they were quickly proved wrong. The teams came well prepared, with a passionate belief in their arguments and determined to win. Both sides put forward great points with many moments of cut-and-thrust in classic debating tradition. 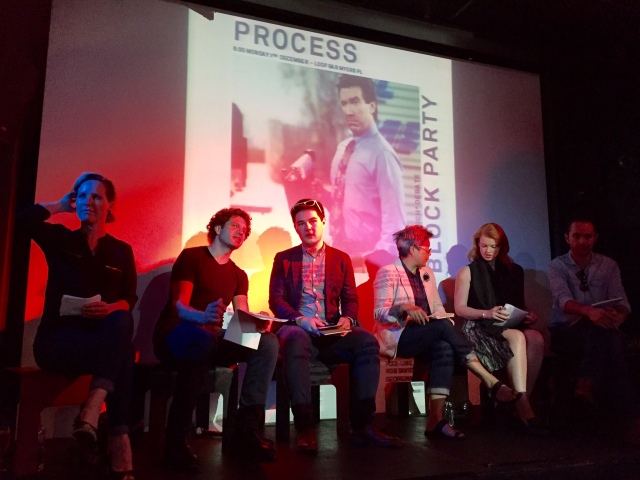 Kath’s opening salvo, delivered with the most pizazz of all the speakers, was that such shows had brought design to the fore-front of the national conversation. Citing the examples of the Biggest Loser and Masterchef in facilitating the resurgence in personal training and a healthy food culture, she felt reality TV had the power to make ‘serious’ topics like design more approachable. She also spoke of the transformative aspect of Reality TV, such as when Jamie’s School Lunches was key in the overhaul of the national school lunch program and shone a light on childhood obesity rates. Rowan briefly digressed to cite the history of reality TV, his point being that the format has been around much longer than believed and its ability to entertain, not educate is what has resulted in its longevity. He reserved particular praise for Grand Designs, now a world-wide format, which has brought the work of architects and the building process to the fore. Although it is still within the reality TV spectrum it is more documentary in its format. He also astutely observed that the construction process itself is incapable of being scripted, and hence Reality TV is the perfect medium to capture how freewheeling the actual processes on building sites can be. Thus it can prepare the general public for a true glimpse into the construction process. Rowan then hit the point home that if Australian architects are to survive, they need to engage all forms of conversation, including reality TV. And finally, Daniel rounded up his team’s arguments with two sharp observations about Architects themselves – that they are often perceived as arrogant in their belief that the public can never understand good design and that they collectively ‘suck’ at engaging with the layperson. Deathly silence ensued.

I’m sure you can imagine that the team against the topic wasn’t going to take any of this lying down. Fooi fired the first shot with a withering reminder that the debate centered on Architecture and that there was no actual equivalent of Jamie’s school lunches in terms of creating a national ‘Design culture’.  She countered that the construction sites on TV did not actually represent reality – many of the products were sponsored and the timelines were surreal as real-world construction crews never do ‘all-nighters’. She also outlined the central conceit that the contestants were chosen for their lack of experience and in order to ‘confect drama, which equals TV gold’.  Fooi was also very rankled that reality TV seemed to give the layperson the impression that 12 weeks on a TV show would make them a design/building expert – making a travesty of the years it takes for architects and builders to be trained and registered professionals.

Georgina proved true to her chosen nickname and delivered the standout, powerhouse monologue of the night. Drilling beneath the surface of the shows, she unmasked the four archetypes that all Reality TV shows deal in. They were: the underdog, the layperson, the villain and top dogs. The underdogs are passionately supported by the Aussie public as the ‘little battler’ is part of local mythology. Notably architects can never fit into this mold, given their significant education and training. Watching the struggles of the layperson inspires the general public to think ‘hey, I can do this too’ – further anchoring the misplaced belief that they can do so without an architect. Reality TV shows are also guilty of portraying architects as ‘the villian’, or worse, irrelevant. They are only glimpsed on the Block in their code-compliance role and there is no glimpse of the multiple contributions of the architect to other parts of the process (design, material selection, documentation etc). There is also the glaring absence of architects from inclusion in judging panels (the exception being Grand Designs, where Peter Maddison is the presenter but not the judge). The judges/ ‘top dogs’ include interior designers, magazine editors and even real estate agents. The end result? Architecture gets buried in the razzle-dazzle of glittery cushions, wall art and feature walls.

And there couldn’t be a more authentic observer of the Reality TV juggernaut than Rob. Having won Top Design Australia in 2011, he truly had an insider’s view of the process and for a moment I worried that the teams were unfairly matched. Reflecting on the experience, he attributed his success (he went on to win the show) to his personality as much as his design smarts. His focus came across, with deft editing, as arrogance and helped manufacture the drama the show needed. He then summarized his team’s pitch with the observation that reality TV and architecture are at opposing points of a compass : reality TV is made up of easily digestible sound-bytes between adbreaks, whereas architecture isn’t simple and cannot be easily explained by, say, a paint colour.  Reality TV is often only 22 minutes (without the ads) where architecture requires patience and foresight, often taking years from start to finish.

The debate was then judged by the audience ‘clap-o-meter’- with the against team emerging victorious. Some very serious-looking medals were handed out and then everyone made a bee-line for the bar tab. Big chops to the Process team for organizing a memorable night with a juicy topic and fantastic speakers who each made excellent points.

I was left with the niggling impression that architecture isn’t even part of the conversation in reality TV, what we are shown is more akin to window-dressing. I suspect those dinner conversations might get even longer next time… 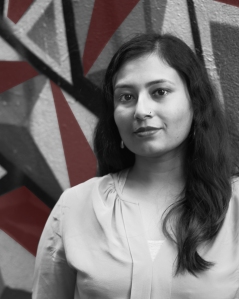 Sonia Sarangi is co-founder of Atelier Red + Black, an emerging architecture practice in Fitzroy, Victoria. She has previously worked in both small practice (Melbourne) and a large international firm (Singapore). She has a Masters in Architecture from the University of Melbourne. Sonia can be found on Instagram @thesarangi